Well, with all due respect to Pink, I think she needs a new song.

A story:   One of broken promises and misplaced trust.  Here is the letter I wrote (but forged Jonathan’s name to), to Mr. Obama:

It is with deep regret that I write that you have failed.  You promised ‘Change’.  Not only did the American people, but also the entire world, believe that you would deliver on your promise.  Although in Germany the people do not understand the system completely, when asked, the answer was given that the American Political system is not controlled by one man.   Ther are 535 members of the Congress and Senate that you need to fight against.  OK, 534, since Ron Paul was probably behind you and your ‘promises.’   Given the Alternative of an aging American Veteran with heart problems and a running-mate of dubious intelligence and character, your win of the ‘highest office in the world’ was assured.

Nevertheless, you promised ‘change.’  However, instead of reducing the deficit, ‘making  America strong’, ending the war, and ‘Bringing jobs back to America, you have accomplished the opposite.   In fact, under your watch, there has been an obscene increase in money supply, effectively debasing the dollar, and making America even weaker.  In addition, although you promised to bring soldiers home, you sent more overseas.  Of course, you ‘ended‘ the war in Iraq.  However, what is the plan for stabilisation in the area, and when will all of the soldiers return home?

As far as your protection the Constitution of the United States of America, your marks are equally abysmally low.  Not only did you not revoke ‘Patriot Act II’, but also presided over a new attack on Freedom: the ‘National Defense Authorisation Act 1867‘.  So in retrospect, we really have to wonder, who the heck you are. Were you born in Kenya or Hawaii?  Did your father pay for your eduction, or your white mother’s family that we hear so little about?  [edited by admin].

Instead of ‘bucking the trend’, it appears that you have not only ingratiated yourself with the powers that be, but have also furthered their interests.  By supporting the policies of Mr. Bernanke, and exponentially increasing the national debt, you have placed the livelihood of not only your constituents in peril, but also the citizens of every civilised nation.  We were worried that if you pursued the promises you made, that you would become another JFK, Bobby Kennedy, or MLK Jr.  Of  course, in retrospect,  with what you have done it appears these worries were unfounded.

You have not only gone with Status Quo, but seem to have re-defined the boundaries.  Never has a President had so much disregard for the Constitution of the United States, (and I am including the boob Bush in this), as you have, nor has one completely failed in delivering what he has promised.  You had the opportunity to use the ‘Bully Pulpit’ to rally the citizens to bring change (You know, to write and put pressure on the 534 that are part of the problem), but you did not.  You are a weak egg and a liar.

If you are reelected, it can only be due to the use of the same Diebold machines used in 2004. 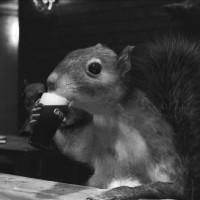