Does anyone remember The Nuremberg Code (1947)?

Well, here is a story from “real-life” in Germany. Once upon a time, we had a friend that was our insurance agent. Shite, we knew him since the shop where he worked rented VCR tapes, and later DVD’s. He was working at the shop while studying to be an insurance agent. Jeepers, it was a no-brainer to go with him as our agent. We should have stayed with Dennis the true.

Well…the first rift was with the insurance of Shaun, the Cummins Diesel where it cost 900€ per year for a 20-year-old truck, but then cost half as much with the other company. At the recommendation of close friends, we changed from one insurance company to the one of Dirk Dastardly.

Oh, I forgot the backstory. Here in Germany in July, there was a horror with flooding. An entire town was washed away. So, in perspective, our plight is harmless. We live “on the Land” as it is termed in Germany. Simply, we live in an area where there are no public sewers, and ten years ago, we needed to install a “biologische klein Kläranlage” (A self-sustaining septic system.) It was not cheap. As a result of the flooding, the container was almost washed away. This is how it looked after the storm: 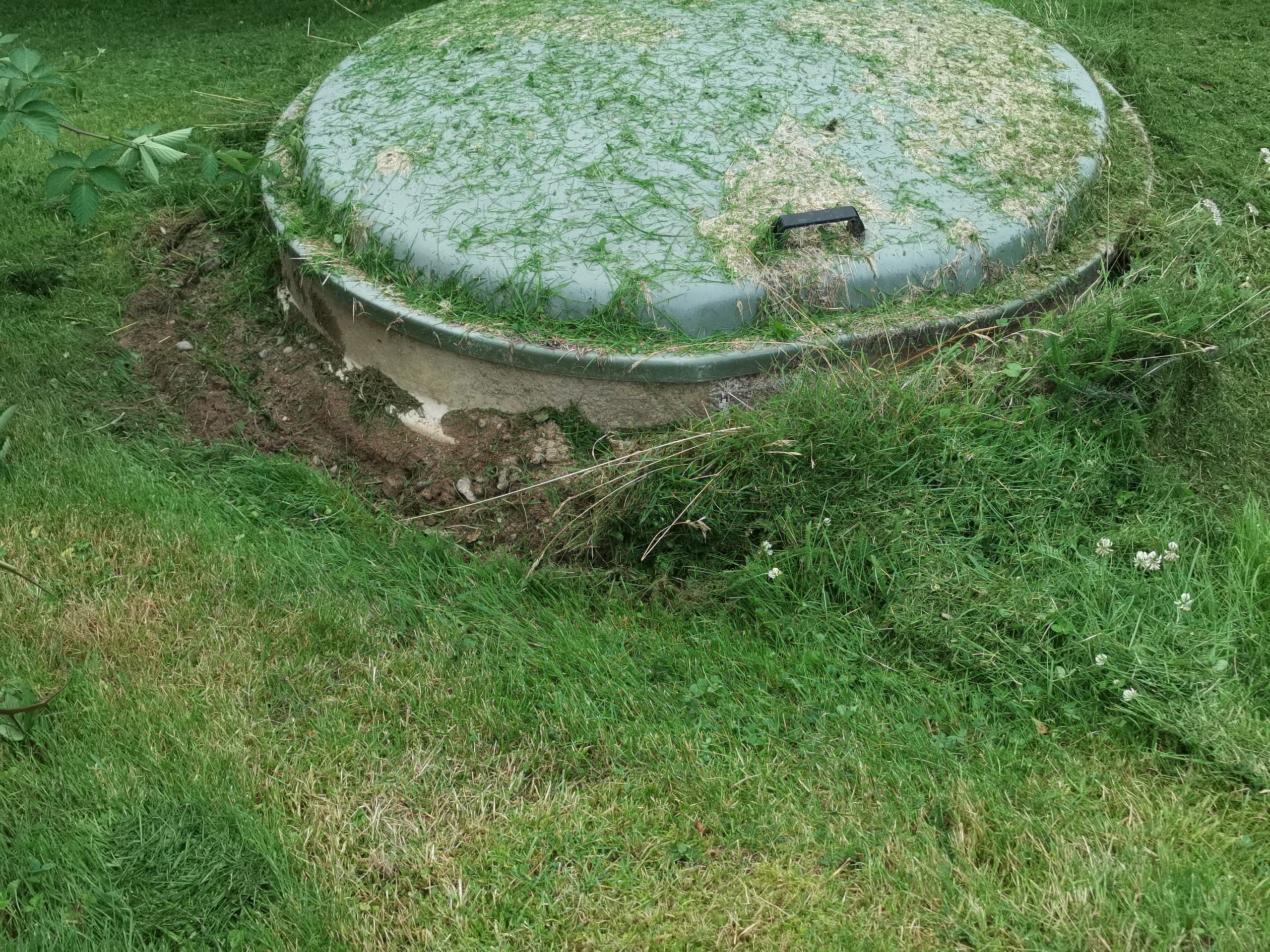 However, our situation is one of principle. What we were promised from our “new” insurance agent that the coverage would be the same for “damage due to the elements.” Is not the same as the coverage from Dennis the True. Well, it turns out that after over a month of phone calls, promises to give updates, and that the damage would be covered, the

As a result, we are on the hook for 10.000€ for the repair costs to get everything back in order.

It is an ongoing fight with the insurance agent that does not answer messages or calls. The claim was denied, although the damage should have been covered because it involved a broken pipe. I really am trying to avoid getting Frank involved, but if it is not resolved in the coming week, I am going to let him out of the box.

Oh, this is an old draft that I saw I did not finish…I started the original at the beginning of December. In the meantime, we have changed all of our insurance back to “Dennis the True.”